There are some interesting buildings in Heidelberg, a lot of them
are really old (just to name the famous castle ;-)) and some are
from the turn of the 19th/20th century. My favorite building probably
dates in the late 60ies or the early 70ies.

I have no further information about it, but it can be found
at the corner of Emil-Maier-Straße / Alte Eppelheimer
Straße in Heidelberg Bergheim.

I like the building because of its very clear architecture, which is
completed with some individual, even cheeky, attributes. The floors are
obviously in a perfectly compact square shape, only broken by the south orientated
windows, which also break the facade and add a playful detail to the building.

The rounded utility shaft (?) is clearly separated from the rest of the building
and the attic on top of the roof seems to be light flooded. Would make a
perfect photo studio.

Unfortunately I have never been inside the building and it seems to be
neglected and at least in parts abandonded. This might have to do with
its unfavorable surrounding near the main railway station, faceless buildings
in its immediate vicinity and a lot of traffic passing by to the nearby motorway.

PS: I added some new Heidelberg pictures at Pixelzauber. 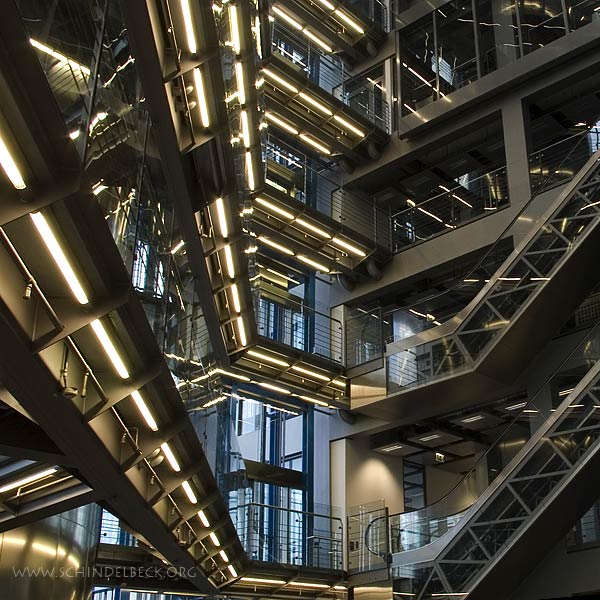